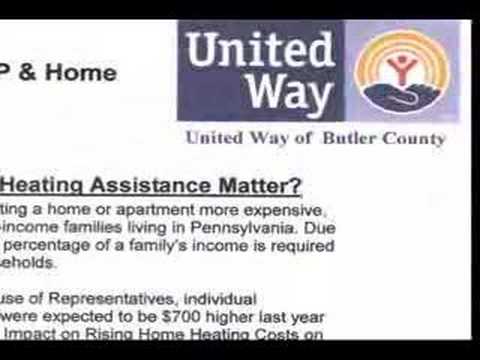 Charles M. Barber is the President and CEO of The Luzerne Foundation. His passion for the future and development of Luzerne County radiates to everyone he meets. He works with diverse groups, leads and assists with countless community collaborations, and works fervently to identify solutions for the area. He believes in teaching and empowering others so that they can apply their talents to their respective roles in their jobs and their communities.

Charles works tirelessly with many community organizations, serving as a board member for many of them, including, NCAC (Nonprofit & Community Assistance Center), the United Way of Wyoming Valley, Diamond City Partnership, RiverCommon.org, Kiwanis Club of Wilkes-Barre Foundation, Castle Auditorium of Hazleton, Dinners for Kids Program, and the Estate Planning Council of NEPA, to name just a few. He is also a member of the Pittston, Hazleton, and Wilkes-Barre Chambers of Commerce. In addition, he works as a facilitator, advisor and committee member for various organizations.

Charles is a graduate of The George Washington University, where he earned a B.S. in Physics. He went on to receive his MBA from the University of Pittsburgh – Katz School of Graduate Business Administration. He also holds his SEC Securities licenses and registrations, Series 7, Series 63 and Series 65 and attended Foundation Management School through the Cannon Financial Institute.

Charles is married to Denny Barber, a professional school counselor and associate director of college guidance at Wyoming Seminary. They reside in Kingston, PA and have two grown sons, Ryan and Gregory, as well as a Welsh Corgi named Nigel.
LaTida Smith – The Moses Taylor Foundation

LaTida Smith is President and CEO of Moses Taylor Foundation, a health conversion foundation established to promote the health and wellbeing of an 11 county region of Northeast Pennsylvania. Hired in 2015 as the private foundation’s first chief executive, LaTida is the architect of Moses Taylor’s grantmaking strategy and leads the foundation’s commitment to collaborative philanthropy and capacity building.

Prior to joining Moses Taylor, LaTida served 12 years with Saint Luke’s Foundation of Cleveland, Ohio. At Saint Luke’s, LaTida led the implementation of the Foundation’s program strategy approach, streamlined the community grantmaking process to expand partnerships with grantees and led the implementation of program logic models for outcome measurement. Early in her career, LaTida led the City of Cleveland’s HIV/AIDS Unit and served as a Community Educator for Planned Parenthood of Greater Cleveland.

LaTida currently serves on the board of directors of Grantmakers for Effective Organizations and previously chaired the board of Funders Concerned About AIDS. She was selected as an American Marshall Memorial Fellow and the Association for Black Foundation Executives Connecting Leaders Fellow.

LaTida holds a BA from Ohio Wesleyan University and MAs in English and Women’s Studies from The Ohio State University. She lives in Northeast Pennsylvania with her husband, Walter and their children Walter and Clarke.

Katie Kemmerer serves as a Community Affairs analyst for Highmark Blue Cross Blue Shield. She is directly responsible for the review and evaluation of all sponsorship and grant funding requests made to Highmark’s Corporate Giving area. She implements and manages a variety of programs and events that support Highmark’s mission — to enhance the health and quality of life for the individuals residing in the communities it serves.
Katie oversees Highmark’s corporate giving in the 13-county northeastern Pennsylvania region, including Bradford, Carbon, Clinton, Lackawanna, Luzerne, Lycoming, Monroe, Pike, Sullivan, Susquehanna, Tioga, Wayne and Wyoming counties.

In addition, she is responsible for the implementation and management of Highmark’s employee volunteer programs. In this role, she oversees numerous employee-based community programs, including the company’s local United Way campaign.

Ms. Kemmerer joined the Community Affairs team in October 2015. Prior to then, she was with Blue Cross of Northeastern Pennsylvania for seven years before its merger with Highmark. During that time she served in a number of roles, including positions in both clinical and corporate communications. She is a published author, with an article she wrote on the long-term effects of childhood bullying appearing in professional health care journal.

Katie received her bachelor’s degree in English from King’s College in Wilkes-Barre. She currently resides in Mountain Top, where she spends most of her free time reading, hiking, and attending to the needs of a variety of pets, including a very spoiled bulldog named Tabitha.

Jane Brooks is senior community affairs analyst for Highmark Blue Shield. She independently reviews and evaluates sponsorship and grant funding requests based on Highmark’s strategic direction and business needs and the value of the initiative. She is responsible for the implementation of special projects in partnership with community based organizations and agencies to further enhance the health and wellness of residents living within Highmark’s service region. Jane is directly responsible for nine counties including the Lehigh Valley.

In addition, she serves as program analyst for the Highmark Foundation and is directly responsible for 34 counties in Central and Northeast Pennsylvania. In this role, Jane reviews and recommends approval of high-impact, evidenced-based grants aimed at improving community health in the areas of family health, chronic disease and service delivery systems. In addition, she manages the Highmark Foundation Creating a Healthy School Environment grant and awards program serving over 400 school districts in Pennsylvania, and oversees grant management for bullying prevention initiatives.

Jane is active in her community and serves on the boards of several organizations including Child Care Information Services, Inc. where she currently serves as President of the Board of Directors and the Bethlehem YWCA. She previously served on the boards of the United Way of the Greater Lehigh Valley, New Bethany Ministries, Cancer Support Community, Friends of Levitt Pavilion Steelstacks and the Volunteer Center of the Lehigh Valley. Furthermore, she has volunteered her time and talents as a committee member for the Good Shepherd Golf and Tennis Classic, Phoebe Ministries Golf Committee, Bethlehem YWCA Adult Day Services committee, American Red Cross Cabaret and Cuisine, and others.

Jane is a graduate of DeSales Univerity with a Bachelor of Science in Marketing and is currently enrolled in DeSales’ Master of Science in Information Systems program. Jane is a member of Wesley United Methodist Church of Bethlehem. She enjoys the Fall and Winter seasons best, spending time in nature. She considers herself a frustrated gardener and wanna-be (albeit talentless) landscape architect. She and her husband Richard enjoy sporting clays and golf, and traveling by rail. They live in Williams Township with Peter and Nora, the domestic felines, and Winston the ever-loving and happy Black Lab. They are extremely proud of two adult daughters, Erin and Sarah.